I have some serious doubts whether people still bother reading something as old-school as blog posts. However, I prepared a new post, just a short one.

Not so long ago I made 24 illustrations for an upcoming fantasy card game (yay!). Nevertheless, currently I can show only 3 of them (not-so-yay).

After long deliberations  the TOP 3 was finally chosen! Ladies and gentlemen, please let me announce:

Simply because most of my illustrations present only buildings. And this one looks quite mysterious (I hope). 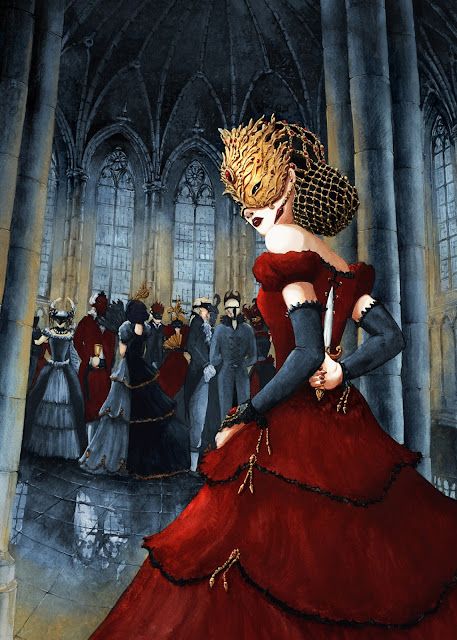 A combination of classic “grimdream” medieval architecture and dramatic/time-consuming waves. 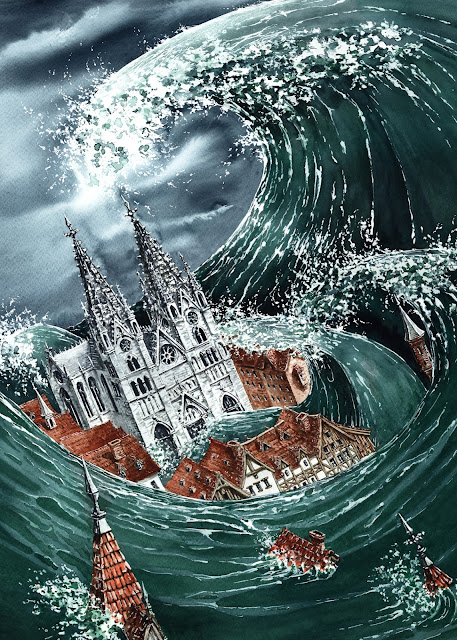 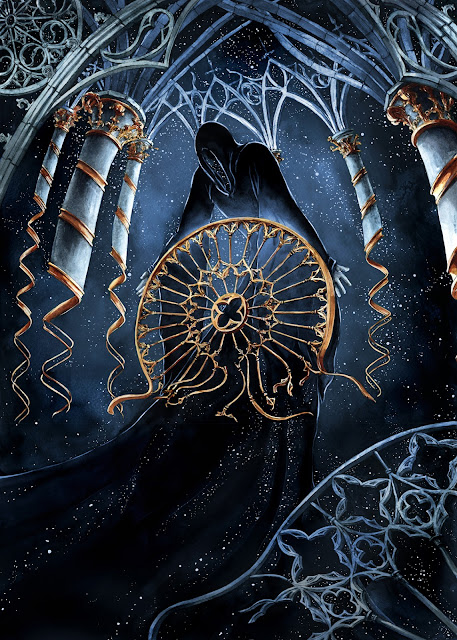 Ha! I bet that you totally forgot about my blog… I apparently did. A year and a half of silence would suggest that anyways.

The illustration below was actually made over one and a half year ago, which could confirm that I haven’t drawn anything since a looong time. But that’s not true, I swear. I’ve been just extremely busy with projects I cannot share with you… yet.

I’ll be brief (just as a busy person like myself should be).

In the beginning, I made a few concept sketches. Not real pieces of art, I know. But don’t lose hope: 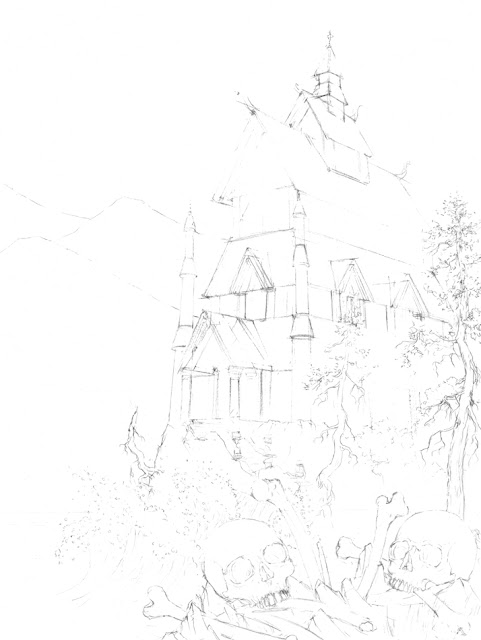 Some details in waterproof ink: 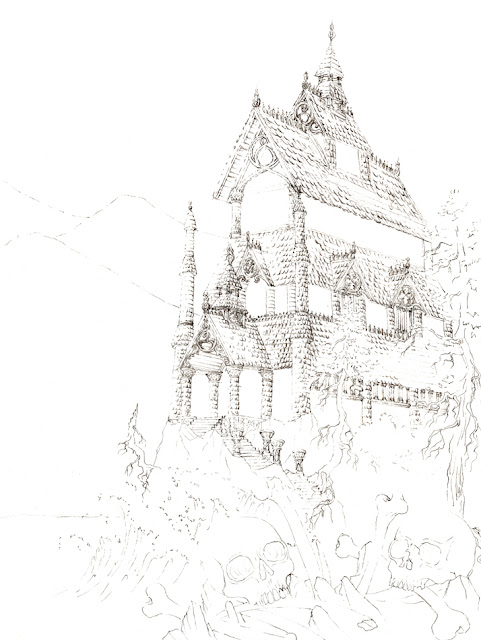 The whole building and the foreground were masked with masking fluid to protect these areas from being painted over with very liquid paint (“wet on wet” technique). Mountains were salted to achieve these textures: 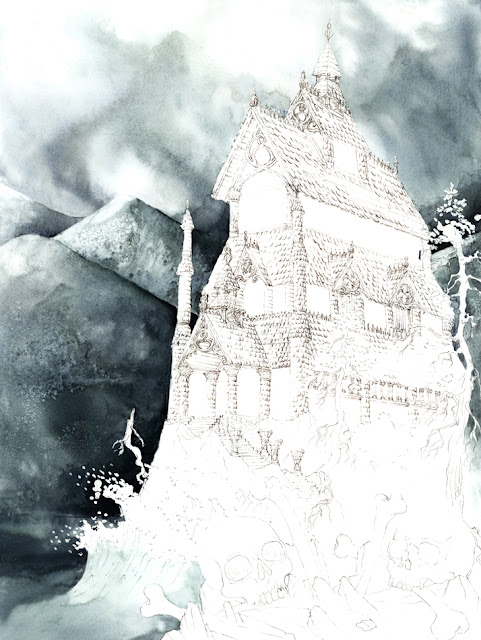 Working on the sky with watercolor paint mixed with gum arabic. Previously masked areas were painted slowly and carefully: 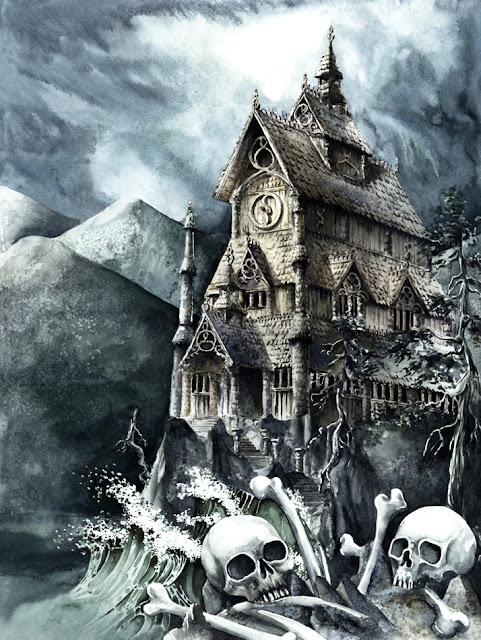 Hmmm… looks almost like the previous step. Maybe I just wasted my time, but I actually added some extra precise shadows and highlights with ink and dense white watercolor paint: 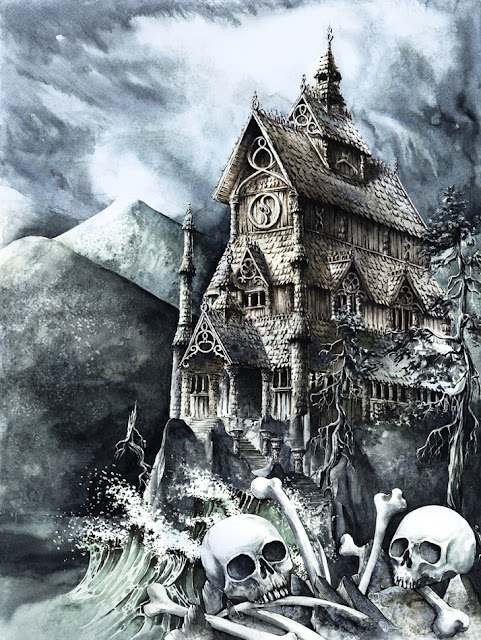 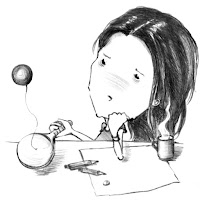 We “met” almost 5 years ago and it felt like love at first sight (at least from my side). Since then I wanted to draw this building many times but somehow the right moment never came… under those 5 years (doesn’t sound convincing, I  know). I always had a soft spot for old wooden buildings with charming details and this one was very old and really beautifully detailed.

It’s called Vastveitsloftet and was originally build in  XIVth century in Norway. After a few hundred years it was transported to Stockholm’s Skansen.

The surrounding is really picturesque as the building is placed on a high rock, overlooking a bay. If we have poor eyesight we probably won’t even see gigantic, grey socialist architecture on the other side of the bay. 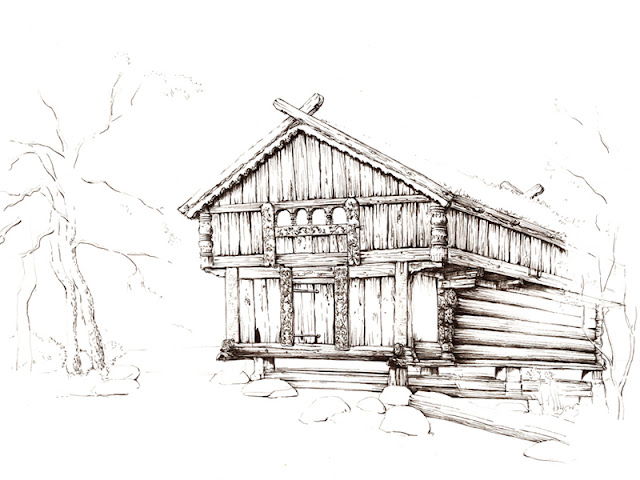 The building originally served as a storehouse and maybe that’s why it was so carefully decorated.
What I find charming in a wooden architecture, are imperfections in the material: knots, cracks, signs of deteriorations, and elements in different sizes. 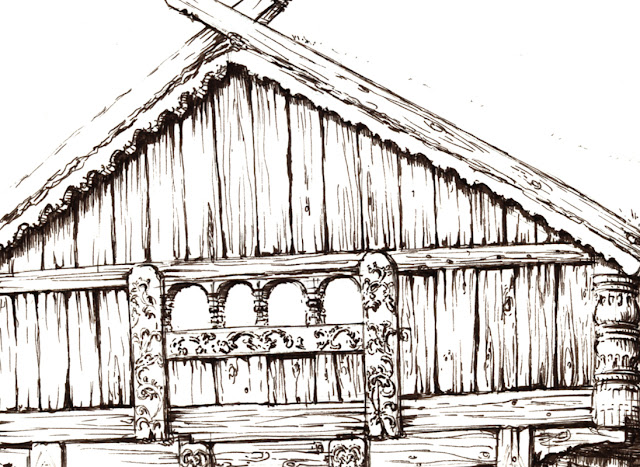 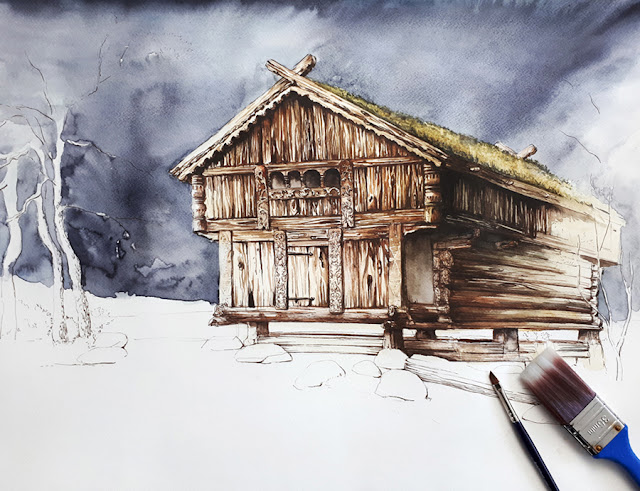 Sweet, but… dark, desaturated tones would be much more sufficient. 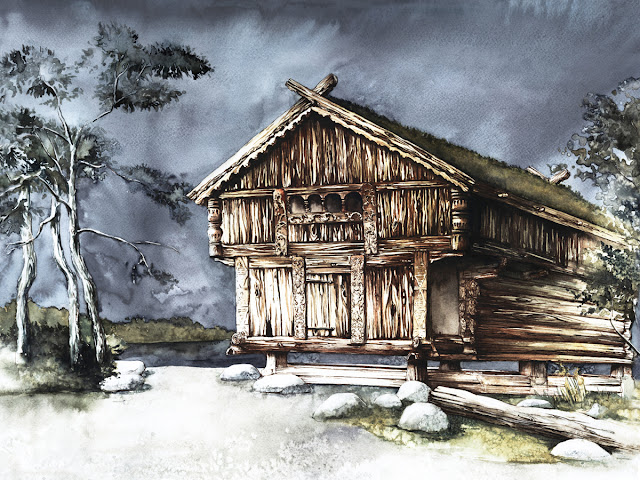 Gloomy, but not too gloomy (i.e. lagom gloomy). For some strange reason, this mood fits old Scandinavian buildings quite well :)

"I don't dislike to be alone"
Ingmar Bergman

What would you do, if you had plenty of spare time and wouldn’t have to worry too much about economic issues? Well, most of the people would like to travel the world and spend time with their friends (which is not such a bad idea), but I would love to create my own, miniature cities and other fantasy sceneries like those from tabletop RPG games. Okay, maybe I would also travel here and there...

True, I don’t have time for creating physical models, painting them and building fantasy lands of them, but lately, I had (again!) an opportunity to work on concept designs for a company producing such 3D models. Their Kickstarter campaign has just ended and, considering how successful it was, I can guess, that there are quite a lot people interested in spending hours and days on building their miniature worlds and probably even fight battles there. The only difference is, that they actually HAVE time for that 😊

To the point! My task was to design ships, a little bizarre harbor city buildings, and various scenery objects for “lost tribes”. Below you can see, among others, a boathouse, a navigator’s guild, a port tavern, a governor’s mansion, a wizard’s tower, a shaman’s hut and tribal tree houses. 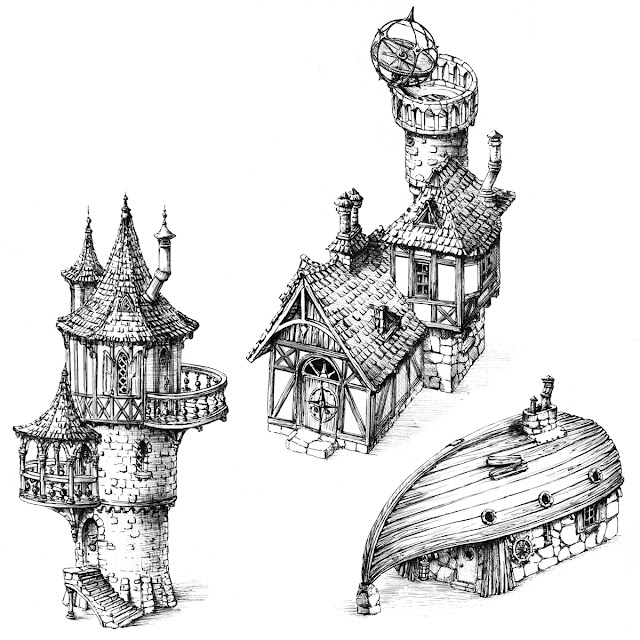 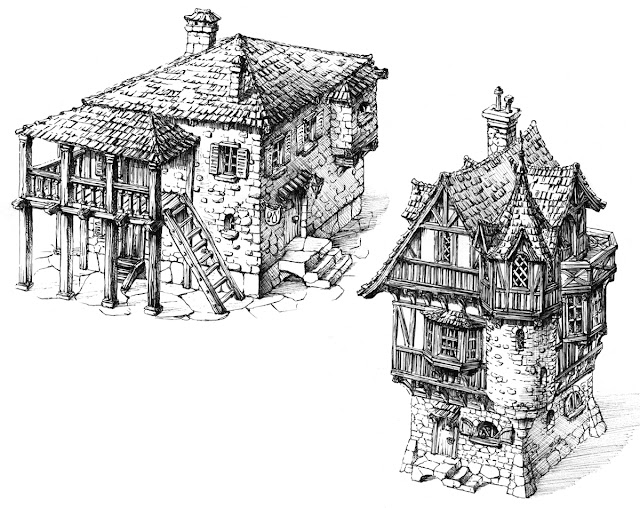 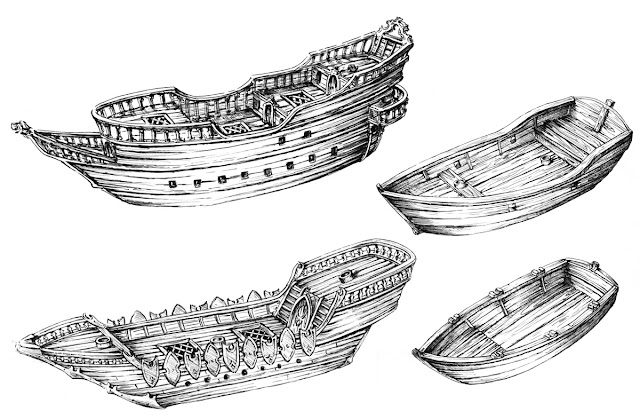 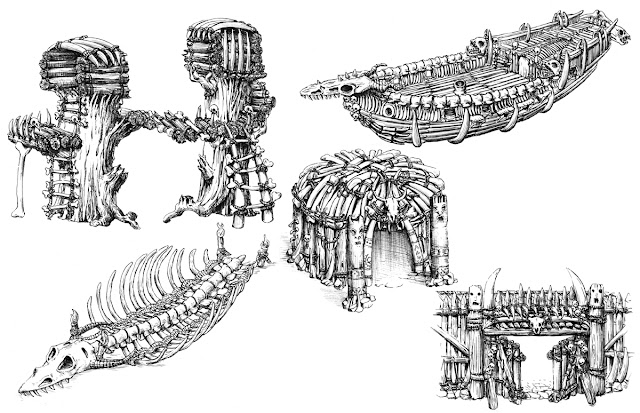 I hope that all the backers will have fun with these sceneries!
Autor: Evi o 12:28 No comments: