"One always begins to forgive a place as soon as it's left behind; I dare say a prisoner begins to relent towards his prison, after he is let out." 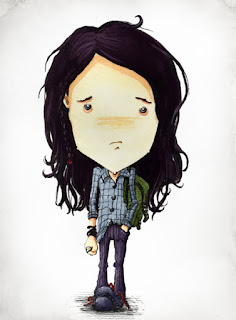 The title of this entry can be a bit misleading, I know. It's not at all about an "old school style", but about an old building of my high school.


When I was a little girl I really  wanted to learn there. You know that old saying: "be careful what you wish for, it might come true"?


Originally the building was designed  as a casino, but after World War II it was turned into a school. I guess that I would have much more fun in a casino...

That's how the drawing was made:

1. Trying to capture correct proportions. Sketching existing buildings is much more time consuming than sketching those imagined (at least in my case). Personally I like to use mechanical pencils 0.5 for such tasks. 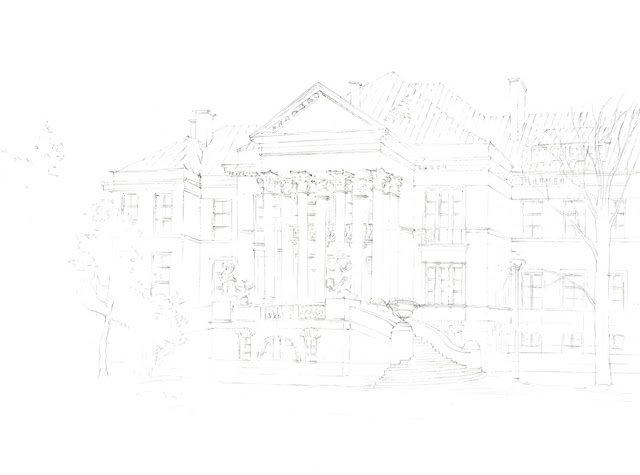 2.  Watercolors - this step appeared to be even more time consuming than the previous one. A dangerous thought emerged in my head "Oh, I'll never finish it"... 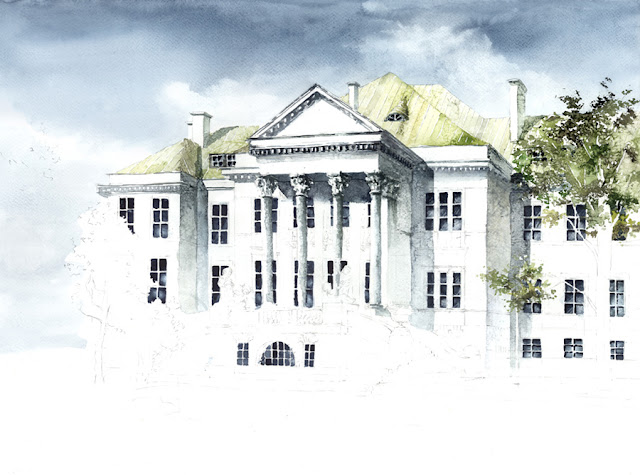 3. ...so I decided to eat something. Of course it postponed the moment of finishing the work, but also saved the painting from destroying.

4. Getting back with new forces! Yes, now it looks truly idyllically... but don't be fooled by appearances ;) 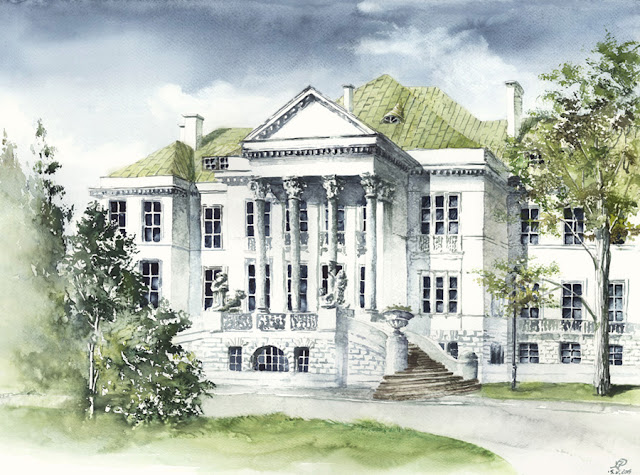